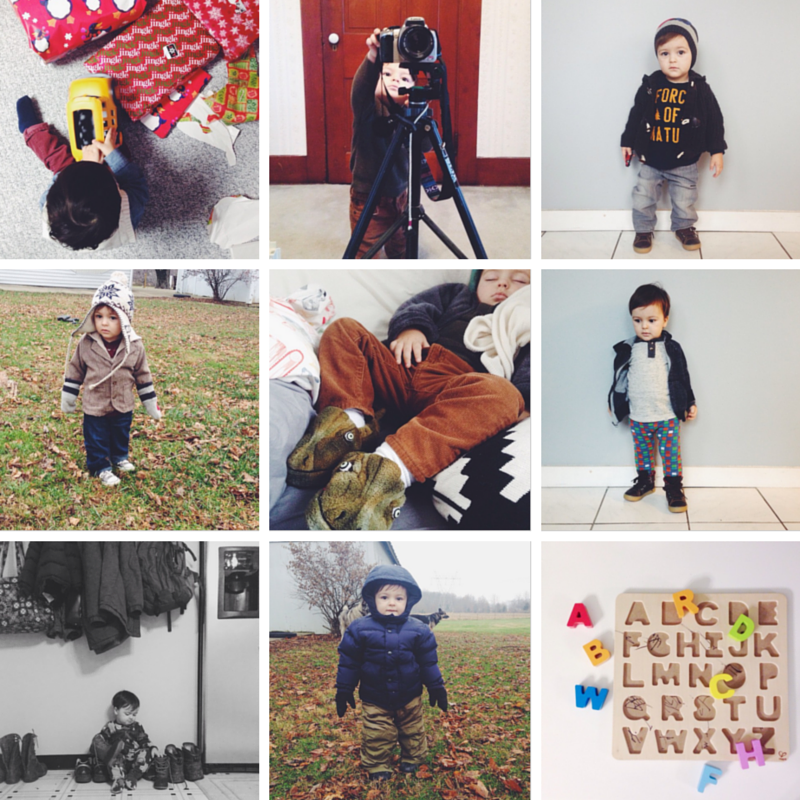 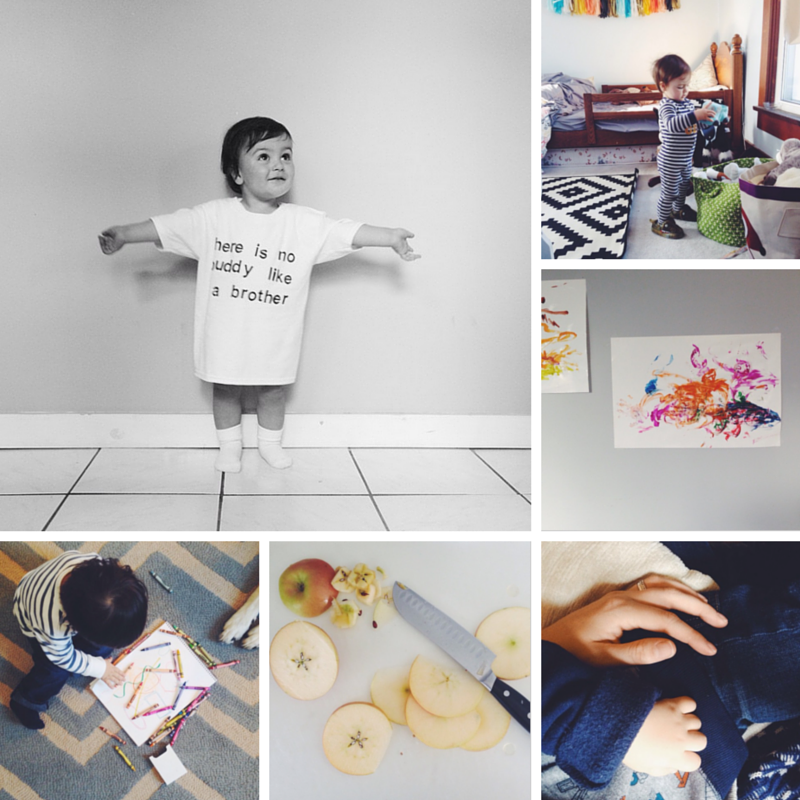 THINGS I WANT TO REMEMBER

First real trunk or treating experience at Fellowship Baptist Church – he was a “dog in a car” from Go Dog, Go!

He’s been indicating for a little while now when he wants his diaper changed by starting to grab the front of it and saying “diaper”.

He’s been doing great with the fireplaces and respecting them, he always holds his arm out stretched with his hand in a stop signal and says hot hot!

Tonight we had both pellet stove and main wood-burning stove going and he was standing in the family room motioning back-and-forth between the two saying “hot-hot, hot-hot!”

On the way to Nana’s house to drop him off before work in the morning every time we passed a streetlamp he would say “bright!”

Has lots of teeth coming in and with it some pretty sleepless nights, again.

Second ear infection of his life — this time a double ear infection! as a result of a cold… Such a good sick kid.

Loves this one part in particular in the book What Do Doozers Do?, when I get ready to say: “Fraggles all will want a bite!” He gets super pumped and scrunches his face, wiggles and giggles.

Loves his dinosaur slippers and always asks to wear them. Giggles with a scrunched nose when I put them on.

Enjoys painting, both with brush and fingers. And drawing with crayons. He always goes for the orange-y colors.

Usually twice a week. Tuesdays and Saturdays are usually our days now.  He absolutely loves baths and is over the water in the face thing.  He actually loves baths so much that he gets upset when it’s time to get out.

Last month we started using toothpaste and he really does love brushing his teeth even more. He likes to help himself get dressed — stepping into his pants, putting his arms into his shirt, trying to loosen his laces when putting on his shoes.

Favorite books: What Do Doozers Do?, Harry the Dirty Dog

He’s definitely making a bee line to the “terrible twos” as they say.  But please don’t mistake me, my boy is far from what you envision when that phrase comes to mind.  He’s just testing boundaries like never before and copping an attitude now and again.  It’s proving to be much more challenging than previous months from a parenting stand point, but along with the increase in challenges also come more laughs and moments of pride — because he get’s funnier and smarter everyday.

THINGS I WANT TO REMEMBER

The lots of teeth that were coming in last month finally started to show! At least 4 new if not more! Opposite molars and two more bottom front teeth.

First haircut by mommy where I actually trimmed around his ears! He did great!!! Held super still when I asked him.

Got snow boots and snow pants. Absolutely loves his boots. Carries them around and plays with them.

Starting to get a little jealous of other babies at times… :)

Horribly month for sleeping.  Seems super sensitive to me not being there. Waking up 3 and 4 times a night.

I love when I drop him off before work, how he always turns back to look at me and waves his little hip wave. Gets me everytime.

We tried to watch Shrek with him and it flat out scared him.

Likes to steal christmas ornaments off of the Christmas tree…

The face he makes when he’s facing the wind. Scrunched up like he’s trying to snarl. The absolute CUTEST!

At dinner one night he took a bite of some soup he didn’t want to try with some encouragement and a little bit of forcing. He was not happy about it but we patted him on the back and cheered him on. He actually seemed to enjoy the bite. The most notable part of the whole thing is he then proceeded to pat himself on the back! Hambone for sure.

He’s become especially cuddly with more teeth coming in. Even likes to cuddle during meal times now. Will take a bite and then nuzzle into your chest. Sometimes humming. Angel…

The past couple nights I’ve tried holding/rocking him to sleep in a darkened downstairs while he watches the fire. Last night I even played him some low soft music.  Seems to help him fall asleep better/faster than him tossing and turning with me lying in his bed with him. And I don’t risk falling asleep! Will probably keep this up if it continues to work…

Doesn’t seem to help with the length of time he can sleep by himself tho, lately it seems he can only go two hours…!

He can open all the doors… Yikes.

Signs: milk, more, please (which is the same as more), drink, eat, potty

Usually twice a week. Tuesdays and Saturdays are usually our days.  The only way I feel I can bribe him to get out of the bath tub is by promising/reminding him of a warm coconut oil/shea butter rub down.  He still wimpers a little though when he has to get out.

Is extremely good a letting me brush his teeth.  Even says “ahhhhh” with is  mouth wide open off and on the whole time.  Still loves to help himself get dressed — stepping into his pants, putting his arms into his shirt, trying to loosen his laces when putting on his shoes, etc.  Not so partial to putting hats on, but loves putting his mittens on (and then taking them off of course).

There are countless moments everyday where I catch myself in the act of becoming frustrated and realize that is not at all what God wants or how that is not what he had planned when he gave me you.  You remind me every time that you smile or shed a tear what really matters in life and the only things that we should hold onto are each other.