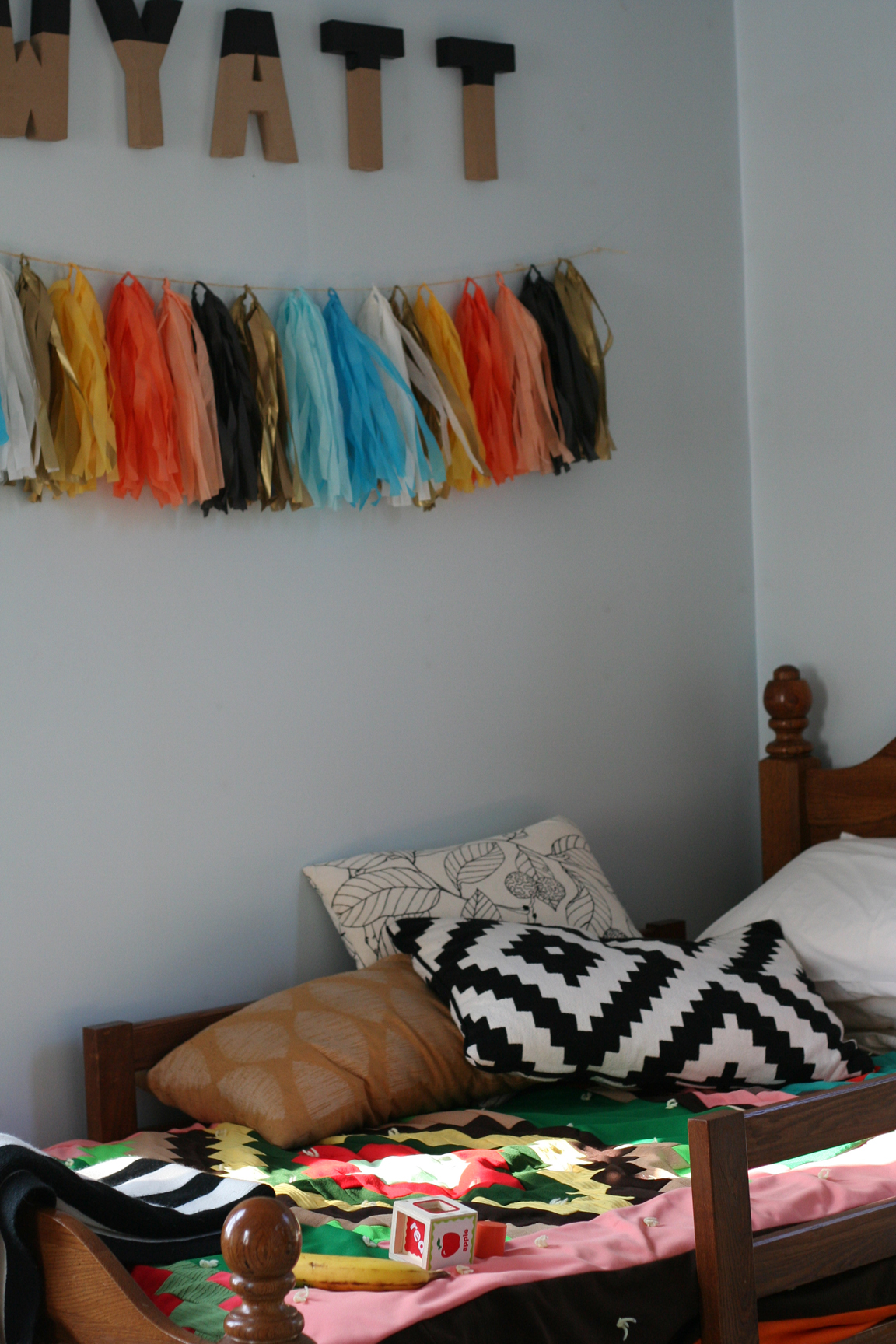 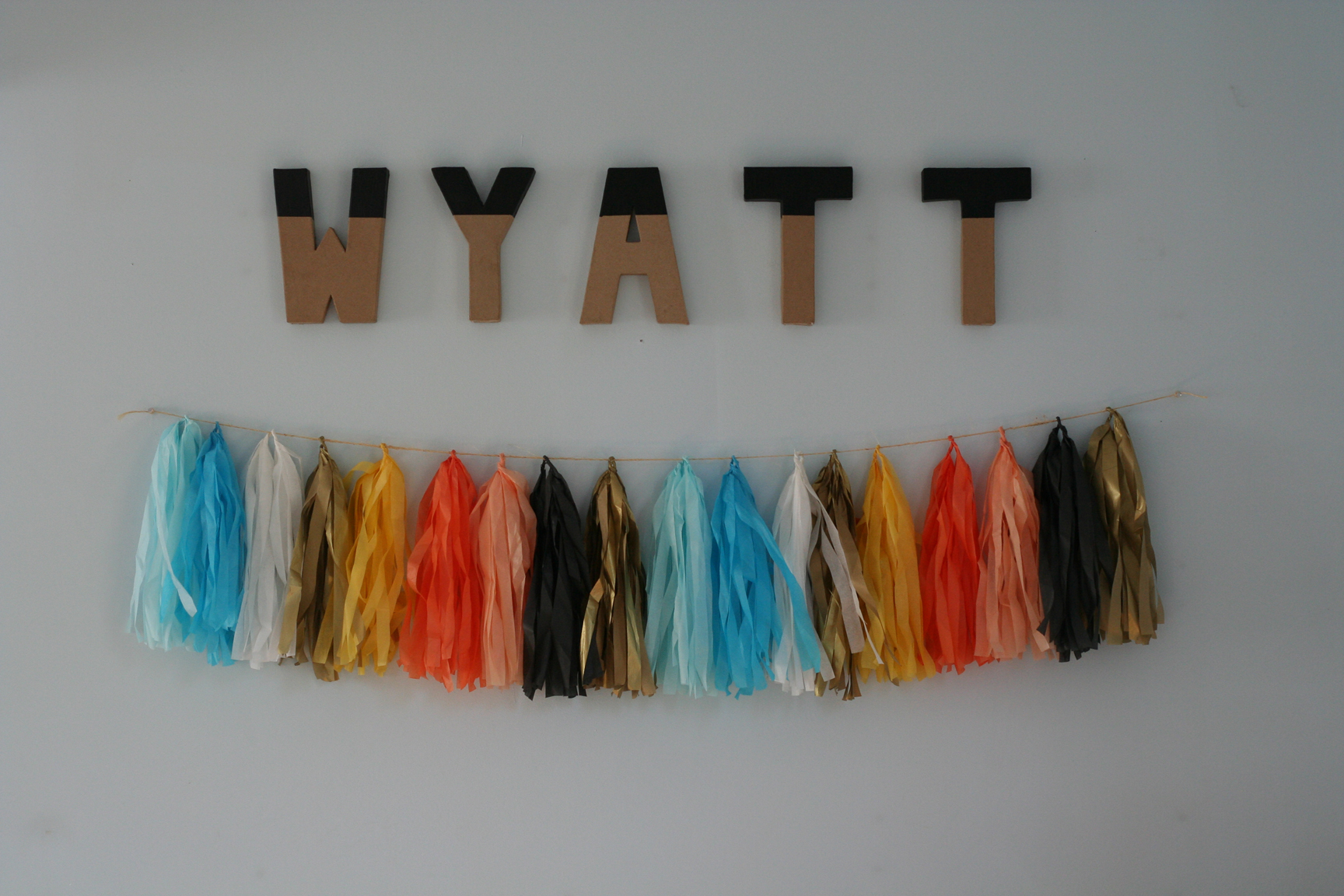 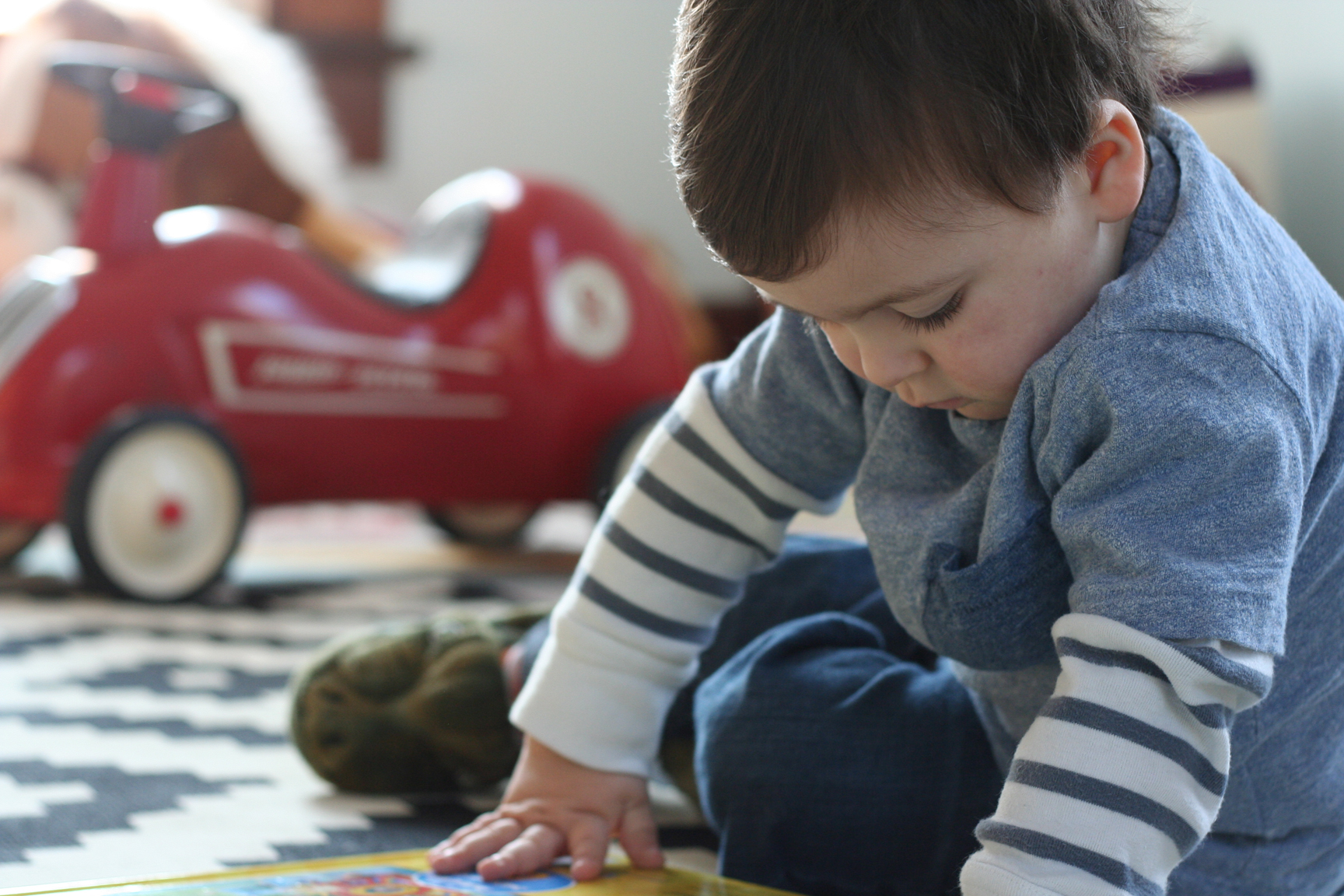 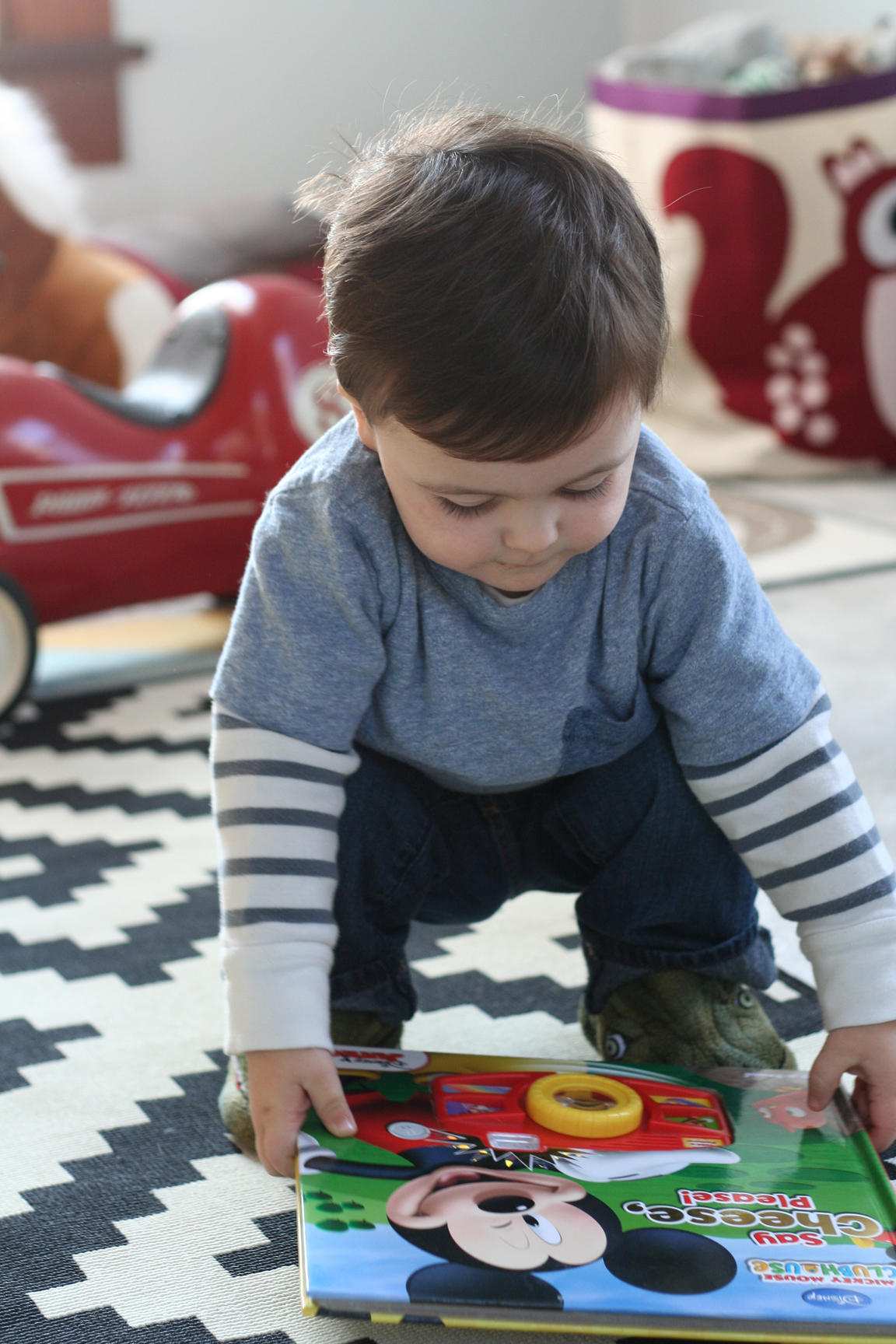 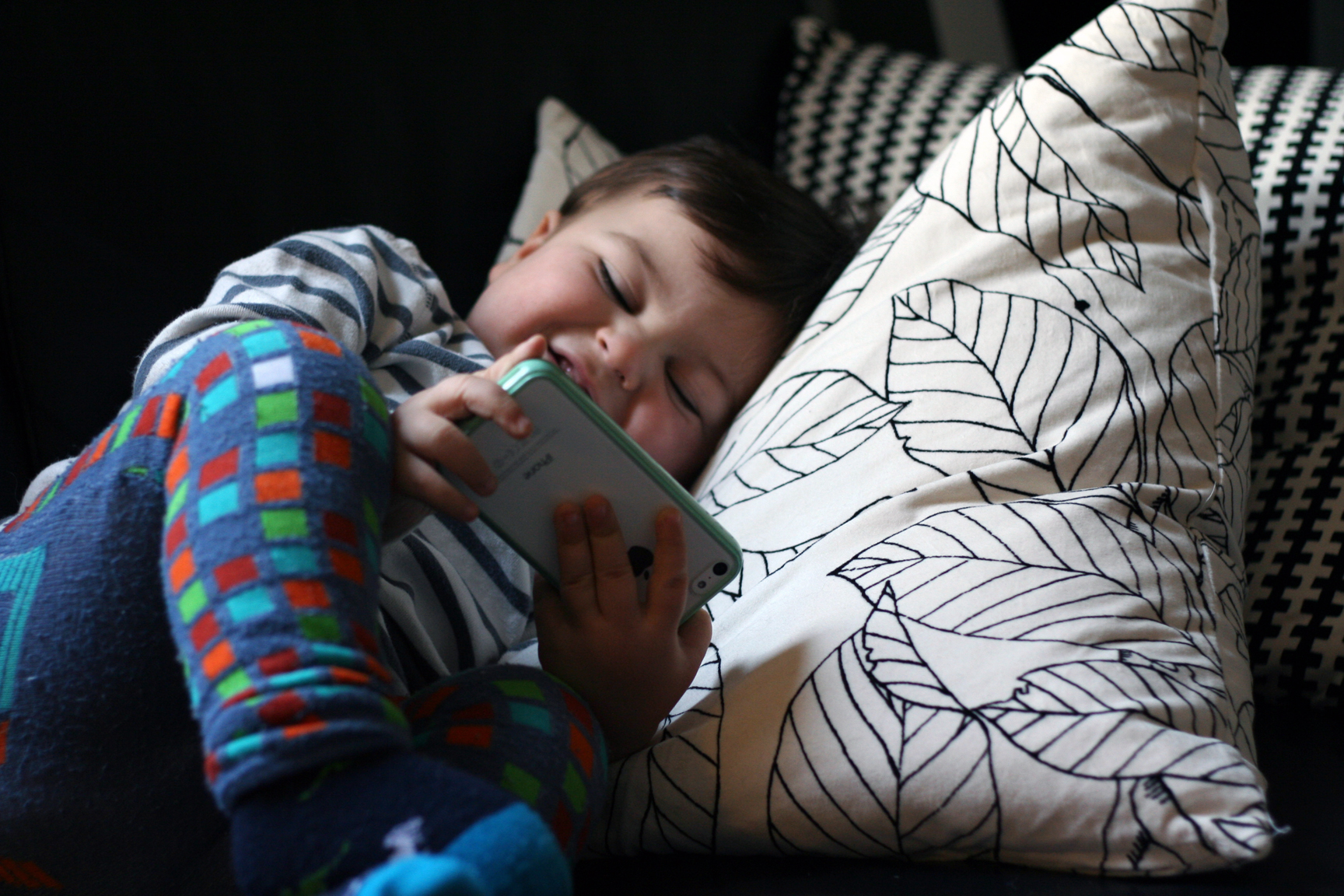 Okay, so that last photo is not in Wyatt’s room, it’s in our family room — but it was taken on the same day and way too cute not to share right? He’s kind of the best ;)

I have now been working on Wyatt’s ‘big boy room’ for oh, about 1 year and 2 months? Lol.  Basically ever since we moved into our new house.  For the longest time he didn’t sleep in there, because he slept with us, and all his toys were downstairs — so we never even really went into his room.  But gradually things changed, and he’s slept in his room since he was about 15 months — many nights me too — and we play in there every day.  He loves his room.

I’m offering you a sneak peak, really, to let you in on a little secret:  These kinds of things don’t happen over night.

But it’s taken me about a 1 year and 2 months to realize this and not become frustrated by the fact that it still isn’t done.  What I’ve learned is that when you allow yourself time to live within a space prior to ‘finishing’ it, you also allow yourself the time to assess what your actual needs are — as opposed to being able to make things look just how you envision.  I’ve changed plans a couple of times now, through out the house and in Wyatt’s room.  If I had had all the money in the world and been able to finish it all right away, I’d probably regret it now or at the very least be left wanting to change it.

All that said, Wyatt and Thurser’s rooms are coming to a close, so I’m hopeful that I will be able to share with you my “visions” sooner than later ;) Which is a good thing because tick tock, we’re looking at less than 7 weeks until our new little arrival! Nick and I are “takin’ care of bizness” around here people. And it’s awesome. :)

Have a happy, happy Monday!

P.S. A few links in case you’re wondering about some of the things from the photos above: