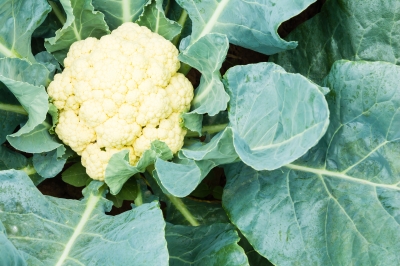 Wowza. I believe the last pregnancy update I shared with you was at the 18 week mark? Yikes.

And the last bump photo I took was at 19 weeks. Not doing so hot this time around, huh? Eh. Not gonna sweat it. The world revolved before #babybump ever existed, right?

BUT I did decide to stop putting off posting a pregnancy update post simply because I don’t have a bump photo to accompany it… maybe I’ll remember to get one this Saturday when I’m officially 28 weeks…?

According to BabyCenter, this week, baby weighs almost 2 pounds (about the size of a head of cauliflower) and is about 14 1/2 inches long with his legs extended. He’s sleeping and waking at regular intervals, opening and closing his eyes, and perhaps even sucking his fingers. With more brain tissue developing, baby’s brain is very active now. While his lungs are still immature, they would be capable of functioning — with a lot of medical help — if he were to be born now. And any tiny rhythmic movements I may be feeling may be a case of baby hiccups, which will be common from now on.

I love feeling the hiccups. I can’t say that I’ve felt any of this babe yet, but I know they’re coming  and I look forward to it.   Such a crazy feeling.

Awesomely, I don’t feel there’s much to report on.  Much like (actually freakishly like) my first pregnancy, the second trimester has be smooth sailing and I feel absolutely great! My belly is growing at the same right, with the same proportions and in the same fashion.  I’ve noticed within the last week my appetite significantly increase and with all these gosh darn sweets around, it’s making it a little more difficult to not indulge… in them all.

I’ve gained less weight this time around, although still definitely packing on the pounds, and I attribute that to the only real difference between this pregnancy and the last — which was my nausea during the first trimester.   We’ll see how well I fair after Christmas and the New Year roll through ;)

This baby is just as active as Wyatt was. Constantly flipping, rolling and jabbing.  My sleep has yet to be disturbed by all the movement yet though.  The only one keeping me up at night is either my brain (I’ve had a handful of cases of pregnancy insomnia already…) or my first born who is unbelievably in tune to my presence within a room — and thusly awakes every time I try and sneak out of his room and back into my own bed.  I’m trying to remain positive, but with a newborn arriving in about three months it’s hard to not feel like I may never get to sleep through the night again… #mommyprobs

Although my body is still changing at an unbelievably fast past as last time, I don’t feel as crazed about it all. I feel I’ve only fallen victim to pregnancy body mind games once or twice.  The second time really does comes with some perks in having at least some idea as what to expect.

As with last time, I haven’t developed any real “work out” routine.  I’m confident I’m more active than last time simply because I only work in an office two days a week and the other 5 days I’m running after my 18 month old — but I’ve honestly never been good at “working out.” Like ever.  Probably because I hate the gym.  There is nothing that feels natural about it to me, so anytime I’ve ever gone it’s been forced.  I much prefer hiking, playing outside, gardening or any other outdoor activity that requires physical exertion.  When it was warmer outside Wyatt and I would go for walks in our woods almost daily.  Now that it’s colder, it’s a little more of a deterrent. I found some prenatal yoga videos on Amazon Instant Video and am working on incorporating those daily — to help strengthen, relax and overall prepare me for labor. I’ll let you know how it goes!

Also, I’m in the process of reading Ina May’s Guide to Child Birth, and wow.   Just wow.  I’m so thankful I am! Talk about mentally preparing one’s self for a natural childbirth… Double. Thumbs. Up.  And even though I’m not even finished with it, I highly recommend it to any one. Like anyone.

I think that’s probably enough for now.  Until next time…