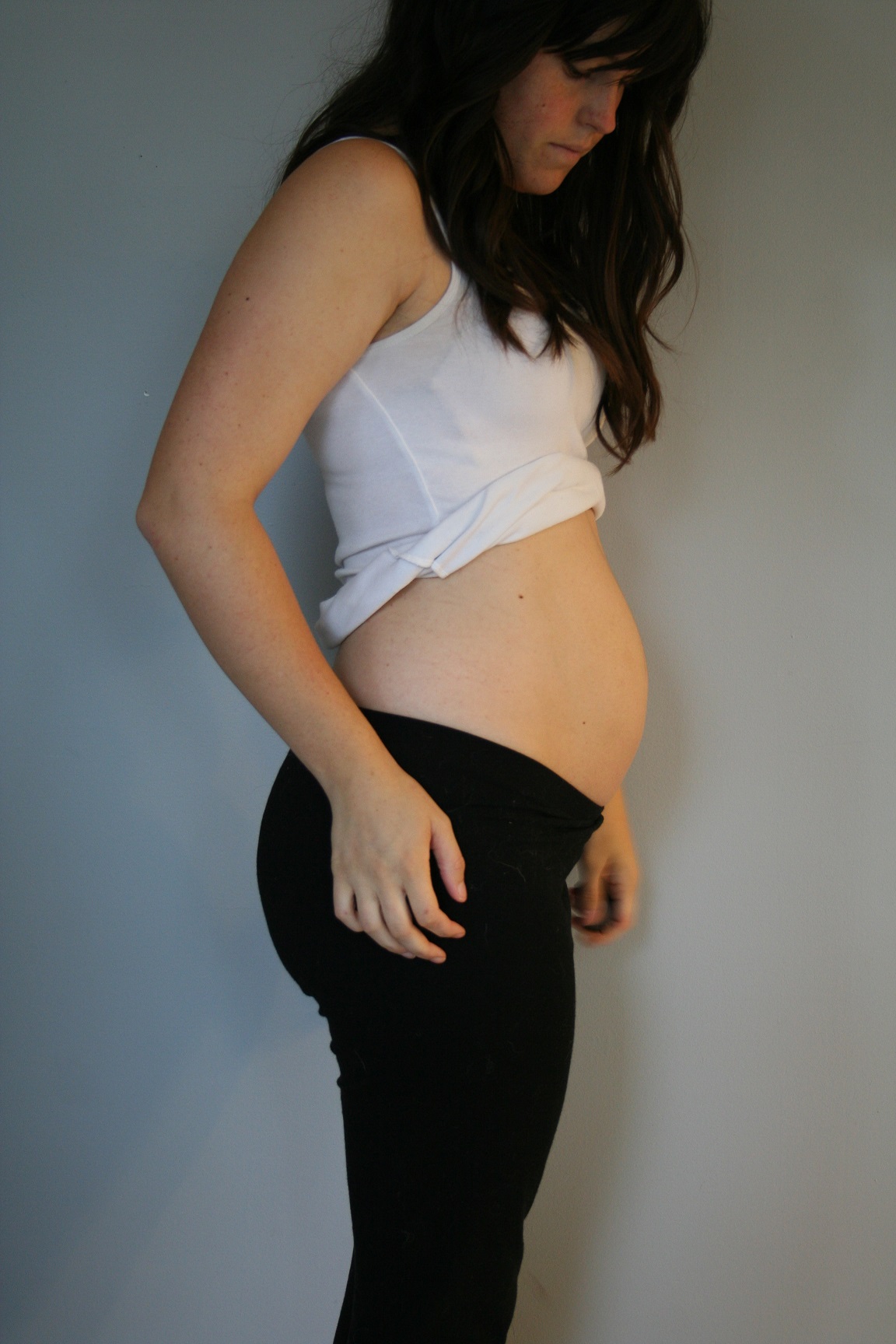 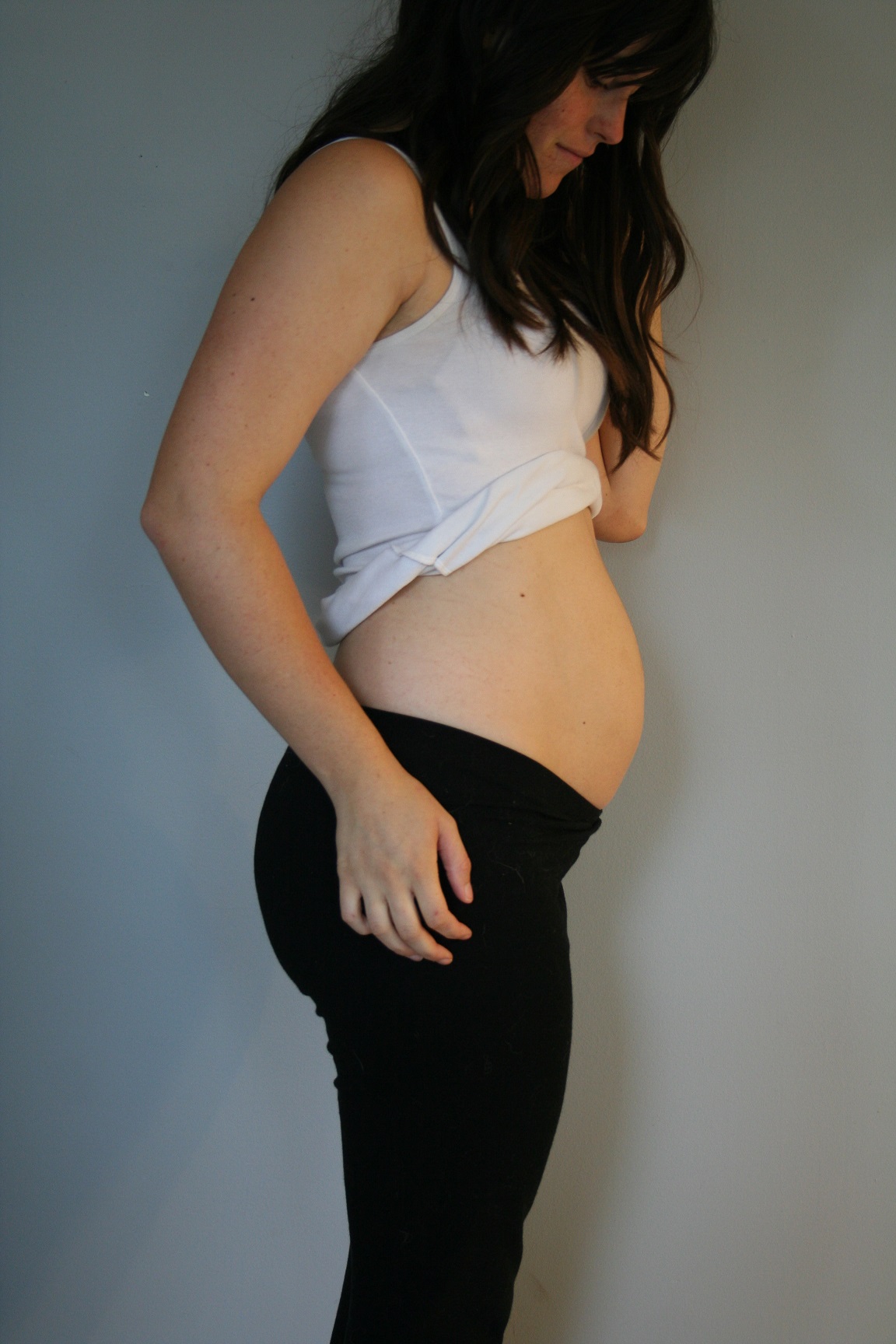 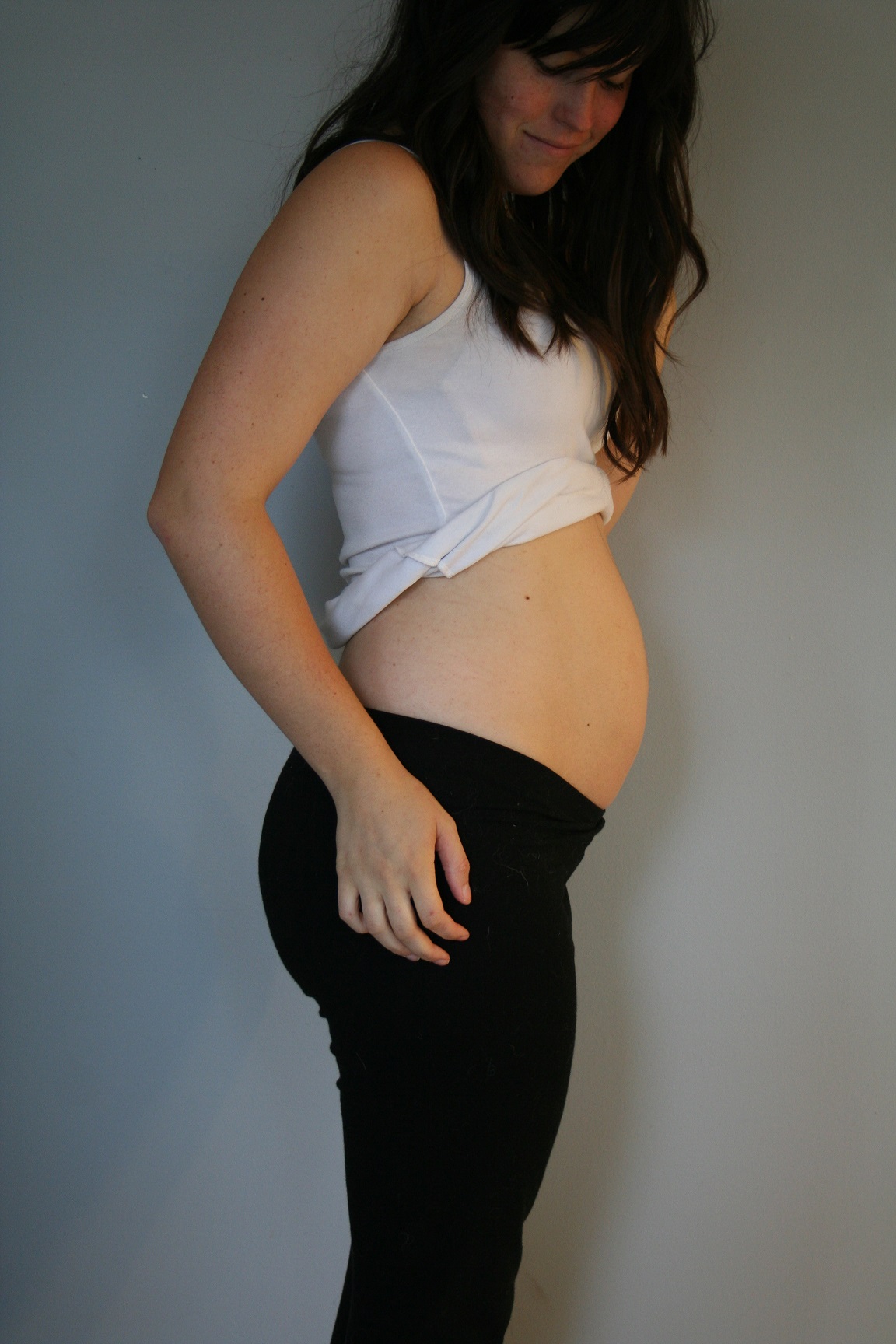 So today I have my 18 week check at the doctor.  Eeek! And tomorrow officially marks 18 weeks….

People. That means I am only two weeks away from HALFWAY. This pregnancy is flying. I mean seriously, I haven’t written a baby update since I was 11 weeks and still oh so very nauseous — and other than kicking the nausea part (thank you very much!) — it feels like I was writing it a couple days ago.

At 18 weeks I’ve got a nice little baby bump going on.  Definitely larger/sooner than the last time around, but not as much as I expected based on everyone else’s personal accounts. And I feel great. With Wyatt I was dog tired the entire first trimester — like fall asleep while talking tired. No nausea whatsoever.  With this little guy/gal, no tiredness but some seriously persistent nausea. Since my extreme fatigue lifted magically at the beginning of the second trimester with Wyatt, I had my fingers crossed that the same thing would happen with the nausea this time around.  Wish granted! Within a few days of starting the “honeymoon” trimester, I was feeling a-okay.

It’s too soon to tell if I’m carrying low, high, out, or all around — so I can’t really speculate based on that whether this baby is a boy or girl — but my gut just says girl. Chalk it up to mama’s intuition.  I thought Wyatt was a boy and I was right, so trust me, I’ve got this all figured out ;)

Pregnancy brain is in FULL swing again with this baby.  I, again, locked my keys in my car twice within the span of a week (cue head smack).  I wouldn’t say I normally have the memory of an elephant (or whatever the saying is) but I’m forgetting things and spacing out much more than usual. I don’t like it, but it seems to be the only curse of the second trimester so I suppose I’ll take it.

According to Babycenter.com head to rump,  baby is about 5 1/2 inches long, and weighs almost 7 ounces (about the size of a bell pepper). He’s/she’s busy flexing arms and legs — movements that are becoming more and more noticeable. Blood vessels are visible through his/her thin skin, and his/her ears are now in their final position, although they’re still standing out from his head a bit.

I must admit, I’m anxious for movements to become more noticeable and frequent.  I first felt this baby’s movements around 14 weeks. Over a month earlier than my last pregnancy.  But I have felt them so irregularly since then it’s been maddening.  I’ll be happier when I can feel them all the time and not have my mind go places it should never go.

Hopefully after today we’ll be less than two weeks away from finding out if this little booger is a boy or girl!  Woot!!!

The Thing About Fear