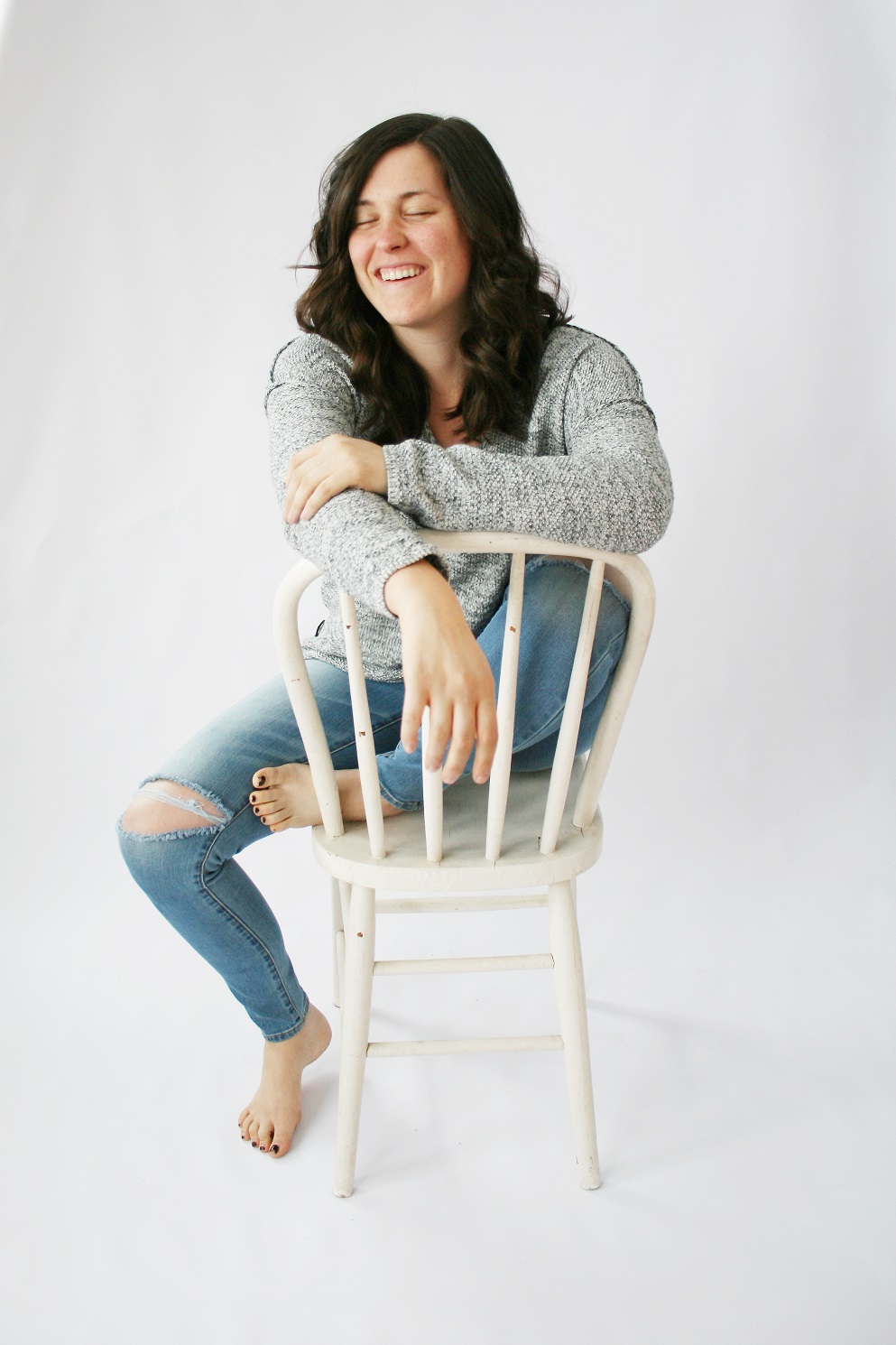 Today’s post continues my dressing a postpartum body series that I started several weeks ago. I’ve been letting this one simmer in my brain for a long while now — trying to determine how to best articulate my thoughts. I guess we’ll see how well cooked they are ;)

Also? My shirt is totally on inside out in the photos above.  Ahhhhhhhhh… Yep.

Are these appropriate expectations? Honestly? No.

EVERYTHING is altered. Everything.

Now, I think I’m coming off a little more negative than I’ve intended to here, but over the last few months I’ve identified something…

There is a distinct difference between acceptance vs. owning.  I believe that most women, including myself, merely accept their new postpartum body. They choose to be okay with the now, maybe even happy with the now. But truly don’t embrace it, own it. You know?

There is something that just clicks when you make the choice to own your body. To be proud of it exactly the way it is and not just accept it and like it for the short term — until you can “get your body back”.

It’s uplifting. Lightening. Unveiling. Freeing. Heck you might even realize that — media and culture’s ideals aside — you like your body even better than you did before! That’s right I said it!  I like my body more now than I did before I was pregnant.

I like the face that stares back at me in the mirror. It is tired, but it has wisdom. I like my belly. Although it’s been stretched and is much softer than it’s ever been, it feels like home.  I mean it was a home for Pete’s sake. And if I’m being really honest with myself? I was just as self conscious of the tiny and taut waist it once was as I am of the one I have now. And my boobs? Well, I never really had them before now. And I guess it’s kind of fun. Lol.

I don’t mean to say that all of my self doubts and insecurities have magically vanished — that would go against human nature.  But — if I am quiet, and I manage to drown out the noise of the world around me, the truth I hear from inside me is: I love this body.

These strong arms that are able to carry both of my babies at once, and at anytime. These hips that support the tiniest of butts as I shuffle (or jog) around with babies clinging to me — inevitably pulling my shirt down to reveal the ever changing size of nursing breasts. These even stronger thighs that never fail to thrust me into the air no matter how many bodies, diaper bags, coolers, coats or laundry baskets are weighing me down.

I believe we are all not only given the chance to reinvent ourselves during postpartum but what other women’s exceptions get to be during their own postpartum period — and the type of dialogue that should exist.

I love my body.

Transitioning a Winter Capsule to Spring

OFFICIAL RELAUNCH OF @handwrittenlegacies!! Get 5