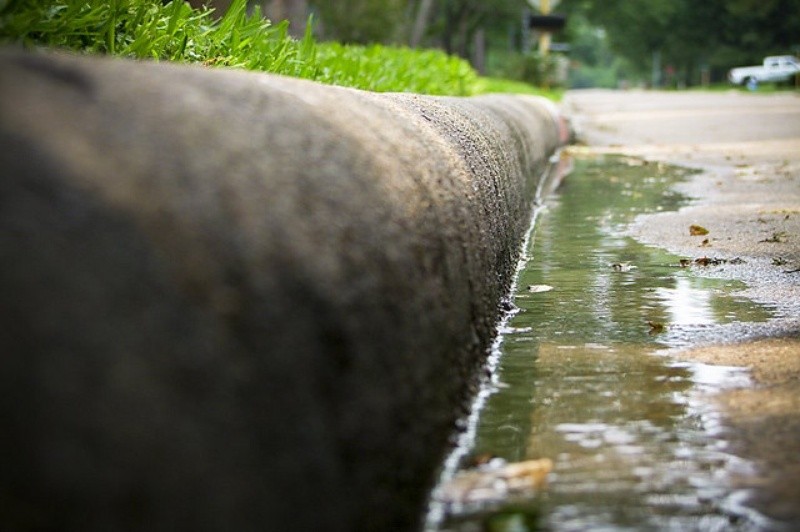 This post is largely written for myself and to myself.  I hope that if you are reading it, you may find it of use, entertainment, or comfort… but if any case you find that something does not apply or seems to be exclusive, remember that it was largely just written for me as a reminder to myself.

It’s amazing what one can let oneself  become consumed with facing  pressures of society and living up to all the pretty pictures we see of others out there in the world. I’m here to tell you that Instagram does not contains snapshots of my life, not in its entirety, but of the beauty in my life.   If someone were to judge everything going on in my life by these photos, well — they would be sorely mistaken.  As would I if I did the same.

Realizing my son is  almost 8 months old already has caused me to reflect back on just how much has changed in those last 8 months — including myself!  And in doing so I’ve identified 9 things that, if I could do over again, I would not waste any time and energy worrying about. Here we go…

I gained 45 lbs during my pregnancy with my son.  A little over to 20-40lbs range my doctor had indicated to me early on, but not too shabby.  About a week after my son was born, and already about 25 lbs lighter, I made the decision that I was not going to hold onto this baby weight a moment longer than I needed to.  And I was NOT going to make excuses for myself like I’m sure other women had done in the past.

Stupid. Just stupid!! After about a week of tracking everything I ate within MyFitnessPal (great app by the way) I was almost in tears one night because that day I could barely brush my teeth much less take the extra few minutes or seconds to track what I was eating… “But this is the only way I’m going to lose weight!” I punished myself by saying.

Wrong.  Almost 8 months later I am 5 lbs away from my pre-pregnancy weight.  Not  impressive enough for you? I have not tracked anything I’ve eaten, counted calories or anything in between.  In fact, I’ve not actively tried to lose weight at all.  I haven’t developed an exercise routine (still working on that one), I’m not on any fad diets, etc.  IN FACT, I’ve eaten what I wanted, whenever I wanted for the past 8 months and still continued to lose weight.  OVER THE HOLIDAYS. Sorry… It’s just that insane.  At least for a girl who used to look at a dessert and gain 5lbs.

My point is, you need to trust your body.  I eat a nutrient dense diet, I nurse my baby, and I don’t try and starve my body of the fat and extra it needs right now.  My body has been given the chance to do what it naturally wants to do.  It just doesn’t happen as fast as the magazines, etc. say it does (at least not if you truly want to remain healthy for  you and your baby.)

This is a tough one, because I really struggled for the first two months with this one. Breastfeeding, and pumping for that matter, are learned skills. And its very tough to learn a skill or even artform when you are exhausted, and the demand is NOW.

What I would say here to my former self is: extra undue stress and pressure on yourself is exactly that — extra. You will learn it.  You have always hated the learning curve because you like to be good everything right away.  Not only is this a tough one to learn, but its going to be different for every mom and baby.  Just trust your body and that you know your baby.  No, really — trust that. Everything else will come.

They tell you might experience this, but they don’t really explain just how intense it is.  I stressed that I was suffering from Post-Partum Depression.

In all likelyhood, you will experience the baby blues. I cried what seemed like all the time, for like a month. And then way too much (in my opinion) for three months after that.  I didn’t feel the fog lift I fell like until my son was about 3-4 months old. And even then I was still dealing with the stress of trying to work full time (but that’s another story…) (UPDATE: After a few questions I felt I should clarify the “fog” I described.  “Depressed” or “sad” are not words I would have used to describe my “fog”.  I would describe it as an inability to think clearly or confidently.  I second guessed absolutely everything I did. Everything.  Even when I knew I shouldn’t.  The only time I felt sad was when I caught myself crying for seemingly no reason at all. And really, that made me more mad then sad — because I didn’t feel in control of my emotions.   I worried about Post-Partum depression because I have a tendency to over think things and I worry needlessly about everything.  To clarify further, I believe Post-Partum depression to be a real thing and would suggest that in any case you talk about things with someone you love and can trust!)

All I’m saying is: cut yourself some slack! No!!! Seriously. Cut yourself some slack! You just gave birth to another living being! You are trying to be too perfect. And its not helping anyone, least of which yourself.  Let yourself be vulnerable for awhile.  If you’re suffering from the baby blues, it will go away. Just maybe not in the first two weeks like they say it will, but it will.

4. Whether or not the house was clean

It’s just not gonna be. Others may disagree with me here, but unless you have help (as in someone else is cleaning for you) your house will more than likely be a mess.  But that’s okay!

My mom rolls her eyes at me when I say my house is messy, because she says its not — so perhaps I’m working with entirely to high of standards here in the first place… but my husband put it very point blankly one day when I was stressing about the state of our house: “People who have kids have messy houses. We have a kid now.”  Don’t you just love the way some people are such good truth tellers?  Aren’t afraid to tell you like it is, maybe even shake you up a bit? And then you’re almost like, well duh.

I’m not saying that you shouldn’t bother to clean, that you shouldn’t have goals, or that you shouldn’t fight to keep things the way you want them.  It’s just that you, me, everyone, really under estimates the amount that bringing a baby into the picture really changes things.  So you’ve got to stay flexible.  And it really is okay to have dirty dishes in the sink and laughter in the next room. Isn’t that the kind of home you want you kids to grow up in anyway?

So much of what you hear, read, are told, etc. is just hokey. Bogus.  Not true! There are some truths behind “best practices” to establishing/maintaining/or otherwise messing with your milk supply (if you decided to breastfeed) My suggestion is to find a few good resources and consult them. And then use common sense as well.  Try and steer clear of simply ‘Googling’ and the mass amount of forums that are out there. They can be helpful at times… but often they can be filled with “lactivists” who will not only give you incorrect information, but make you feel just plain awful… for no good reason! More on that here.

I liked: Baby Center and  the La Leche League.

6. Going back to work

If you’ve chosen to go back to work, or simply need to — let me start off by saying I feel for you.  I’m not implying that a woman’s place is in the home. Period.  I am however acknowledging that for a new mom, leaving your baby is just flat out rough.

The reason I have this one on the list is because I don’t like the thought of having wasted any one minute of time that I did have left with my baby before going back to work, worrying about work!  Everything works out in the end, most of the time you just have to be patient enough to let it play itself out.  Read another post of mine A Working Mom more about this.

First off, stretch marks aren’t nearly (if at all) as disgusting as our society would paint them to be. I was almost certain that I would get them during my pregnancy because I got them on my legs during puberty.  And its amazing how that attitude changed that common fear for me. Of course I was still going to try and prevent them as best I could. So upon asking a good friend of my what she trusted, I was taken a back when she responded: “Unfortunately your body just grows at such a rapid rate, there’s really nothing you can do to stop them. Hydration is key. So use a good moisturizer often.  But sometimes even still they will just happen and there’s nothing you can do about it.” Reality check, and reminder of my original attitude.

I faired well through my pregnancy and did not get any. I used cocoa butter, vitamin E oil and shea butter. However, once my son was born and my milk came in, I got a ton on my breasts.  Deep and dark and much worse then during puberty.  I was bothered by them. And even upset by them. And now, I don’t know why.  They’ve faded ridiculously to the point where you can’t even really notice them.  I wished I’d been able to hold steadfast to the attitude of “if it happens, it happens” through out.  Because looking back I just feel really vain for worrying about them at all.  Especially because of the reason they exist!

8. What my husband would think of my body

Again. Stupid.  Just, stupid.  When I admitted this fear/worry to my husband that is exactly what he said.  “Well that was a stupid thing to worry about.” He was not being mean.  He was not even being brutally honest. Just honest.  Because it was and is stupid.  Why would I wonder and worry what the man I married, the father of my baby worried about the physical shape of my body.  He was in awe of me (as he should have been.. harhar) for a long while. Still is even.  And really, I think I’d just like to leave it at that.

9. What other people thought in general

Why is this even on the list? Because we all do it.  Even though we know it shouldn’t matter.  At one point or another we all fall victim of this human condition — to worry what other people will think, say, react, etc.  Because someone always has something to say don’t they?

You (quite possibly if you’re reading this) are a parent now.  You really do know what’s best for you, for your child, for your family. Stick to your guns and quit worrying.  Whether or not any one will admit — we’re all just really guessing and doing the best we can anyway.

Thoughts on Being Mom

Majesty and Mystery (and Breadcrumbs Too)