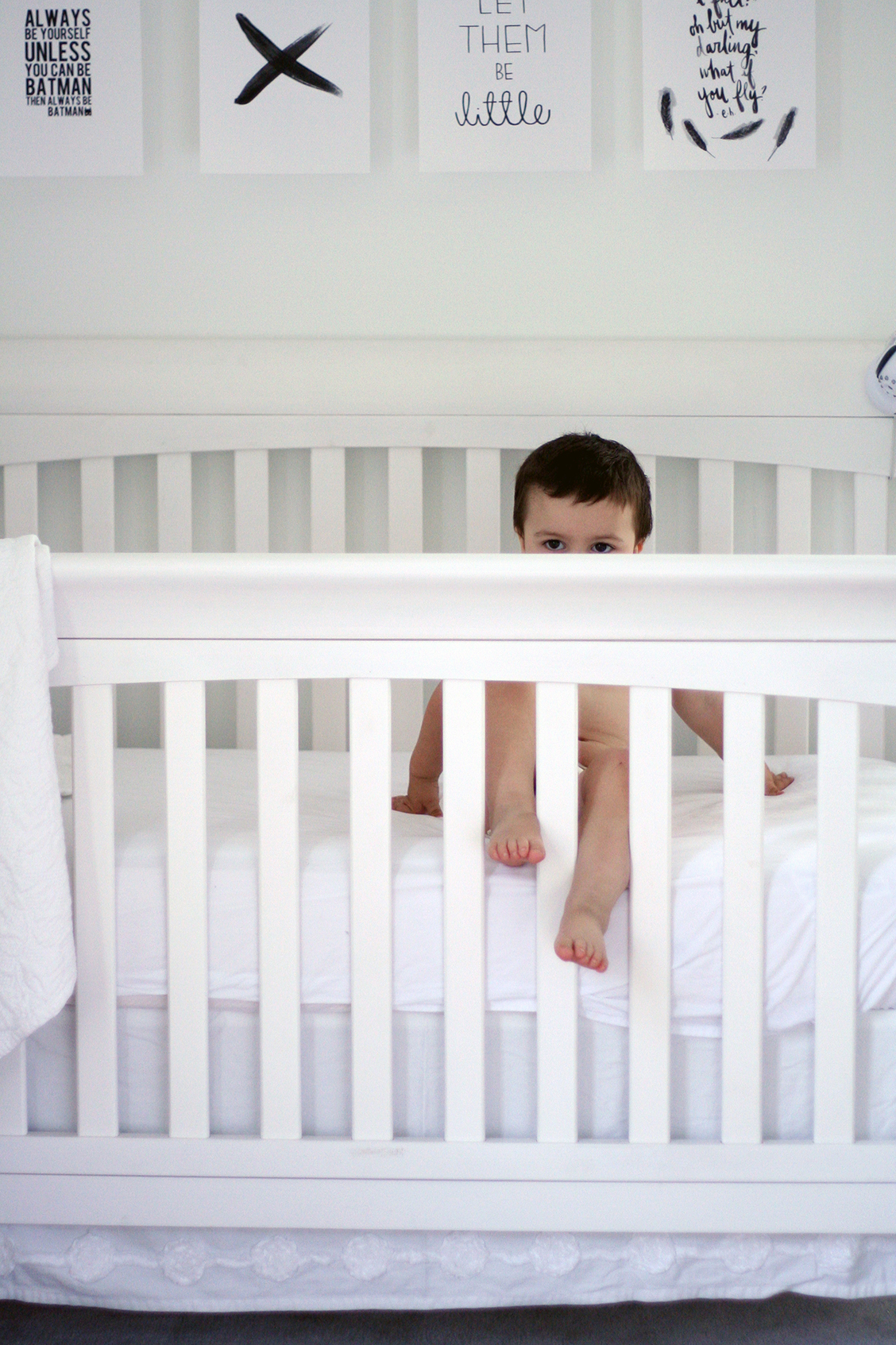 Right before Wyatt turned one year old I decided that I wanted to start sharing monthly updates recapping milestones, memories + highlights from the previous month. For me it was a way of sharing my mommy journey with you, but also (and probably more so) a way of diary-ing and an effort to help alleviate this fear I have of forgetting something significant that maybe didn’t feel so significant in that moment.

So today I’m playing catch up.  I take note of all these tidbits as we go in a Google Doc on my phone (so I’m always current there), but it’s been awhile since I’ve set aside time to share with you in this space. Remember the part about how I gush about my babies? Yep, here it comes :)

I hope that you’ll love and laugh along with me as you read the things I’ve jotted down over the last few months. And just so it’s clear: one and a half year olds/two year olds are freaking awesome. ;)

A few things I want to remember:

Identifies everything he sees, a talking nut! Will repeat the word until you confirm for him that it is indeed what he has identified.

Likes eating pretty much all food off a of fork.  We like to say that he’s “proper” and not OCD ;)

Back in bed with mom and dad for now. (After sleeping through the night for almost a week with mom in bed while dad was on a business trip.) A very pregnant mama needs her sleep!

Fake pouted for the first time to get a reaction!

When you ask him where is his baby/baby brother he will point to my belly and sweetly say “baby….”

Sleeping great again through the night in bed with mom and dad.

The way he hums/sings “Hmmmm!?” Or “oooOOOooo?!” when he’s intrigued by something — it’s sort of a question, a little bit coy, very pleasant and most definitely a “slide”. He does this often, and it melts my heart every single time.

Tried his first shellfish — lobster– in lobster mac n cheese from Bite. Seemed to like it!

3/5/15 First legit meltdown over not getting bunny Graham’s when he wanted them.

Continues his love of feeding people and sharing his food.

CONSTANTLY identifying things and repeats until you confirm.

Obsessed with colors and shapes, can identify all shapes — still sometimes forgets square and calls it a circle, haha.

Beginning to properly identify colors and letters — everything is blue, purple or brown. Always gets brown and black right. Blue and purple and green, most of the time. Getting better at red, orange and yellow.

Can identify P ( seems to be his favorite letter?) T and O

How he says “ya” for yes and sounds German. Lol.

Favorite books: If You Give a Moose a Muffin/A Cat a Cupcake/A Mouse a Cookie

Favorite tv shows/movies: Super Why, Bolt, Pokemon, Cat and the Hat, How to Train a Dragon

Learned to “drive” the Barbie jeep ;) Can reach the pedal an push it — drives with no hands!

Slowly warming to the idea of having a brother.

Will touch Thurser’s hands and feet.

Learned to crawl down the stairs!

4/2/15 First time he acted afraid of thunder, seemed to be soothed by telling him that the angels were playing in the sky.

The way he loves applause and applauding.

Likes to drag the laundry hamper around upstairs– empty it and put it back (sometimes).

How he seems to have gone from baby to little boy over night.

Got his first big boy buzz cut from mom!!!

Sings “the wheels in the bus” —   says “sshh sshh” and puts his finger up to his mouth and then says “all through the town!”

Knows all but eight letters of the alphabet!

Likes the song the wheels on the bus go round and round.

The way he says “orange”.  It’s like he’s growling. Hahahahaha!

Likes to push his play lawn mower all over the yard.

Loves to play with chalk.

Loves to play with water outside (and inside…)

Enjoys his chickens + the barns.

Continues to repeat at least the last two words you say to him. Getting very articulate! We’re amazed each day at some new word he says!

The way he says “nakey!” Anytime he or anyone else is naked.

He loves to tickle (and be tickled). Will run from across the room to tickle you if your midriff becomes exposed. 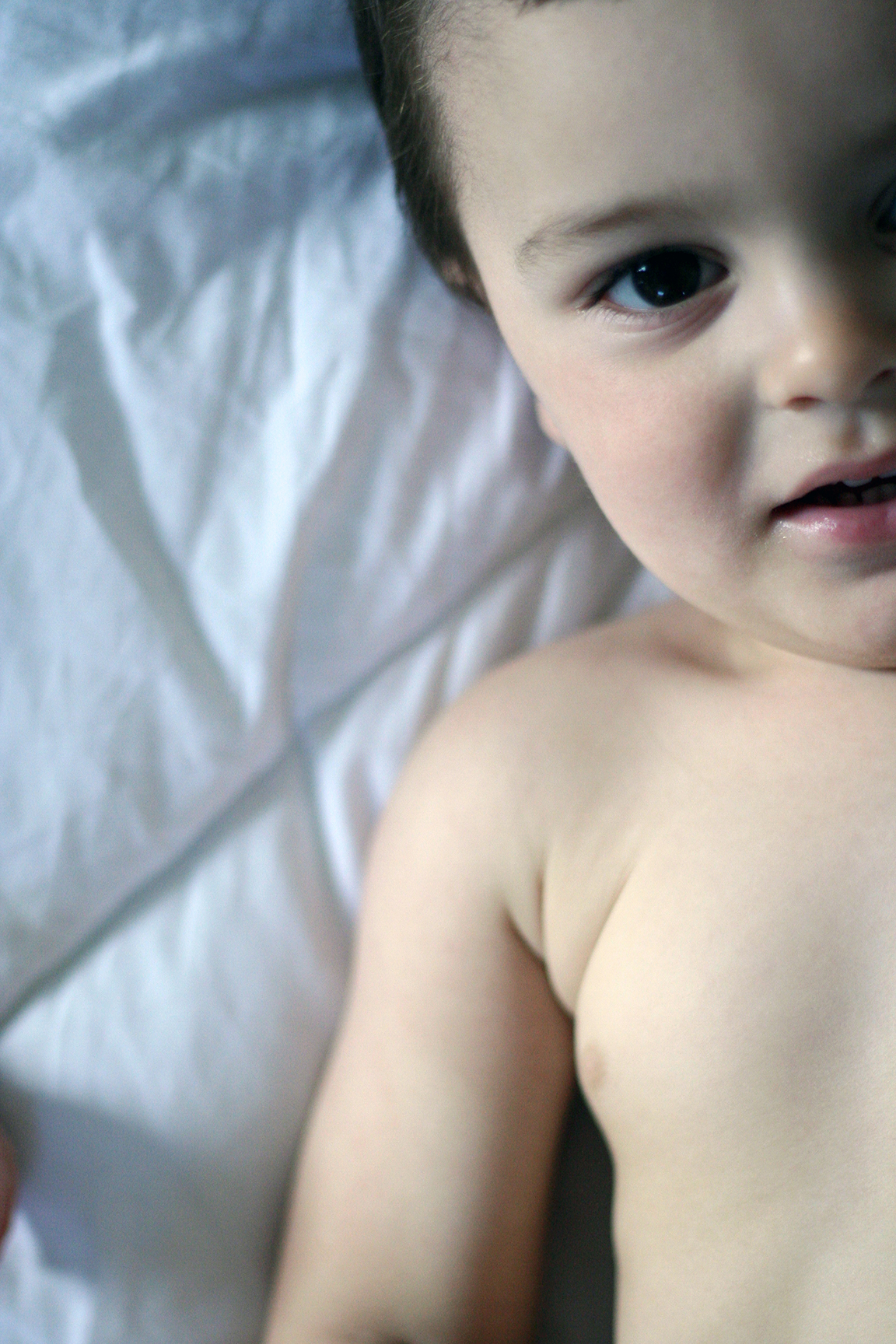 Wyatt turns two this Saturday. Two.  I will conclude this series with a post then, as well as share with you how I plan to document his second year (well technically third year) and Thurser’s first year of life.

What sorts of keepsakes do you make/keep/create for your kiddos?

OFFICIAL RELAUNCH OF @handwrittenlegacies!! Get 5