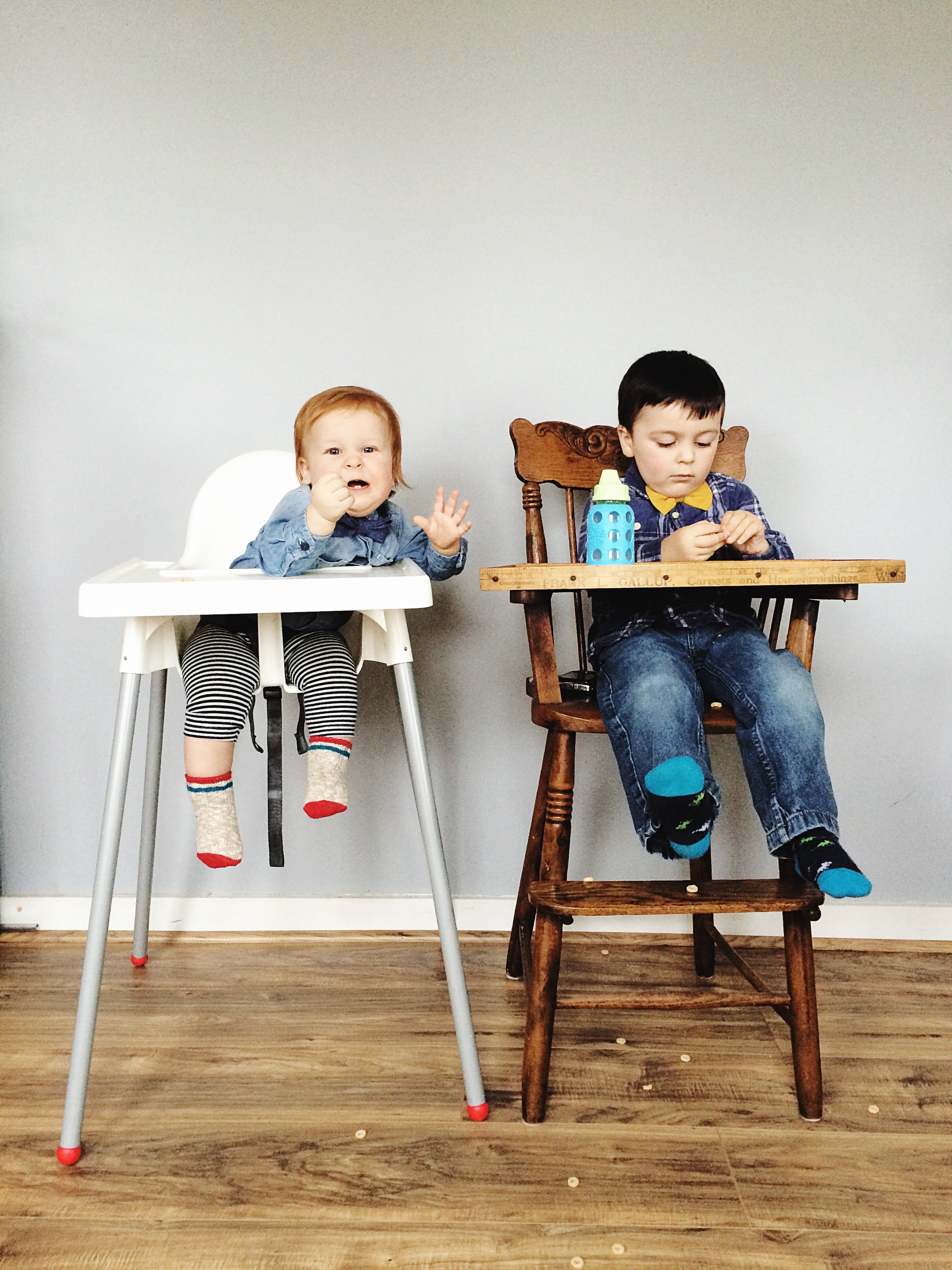 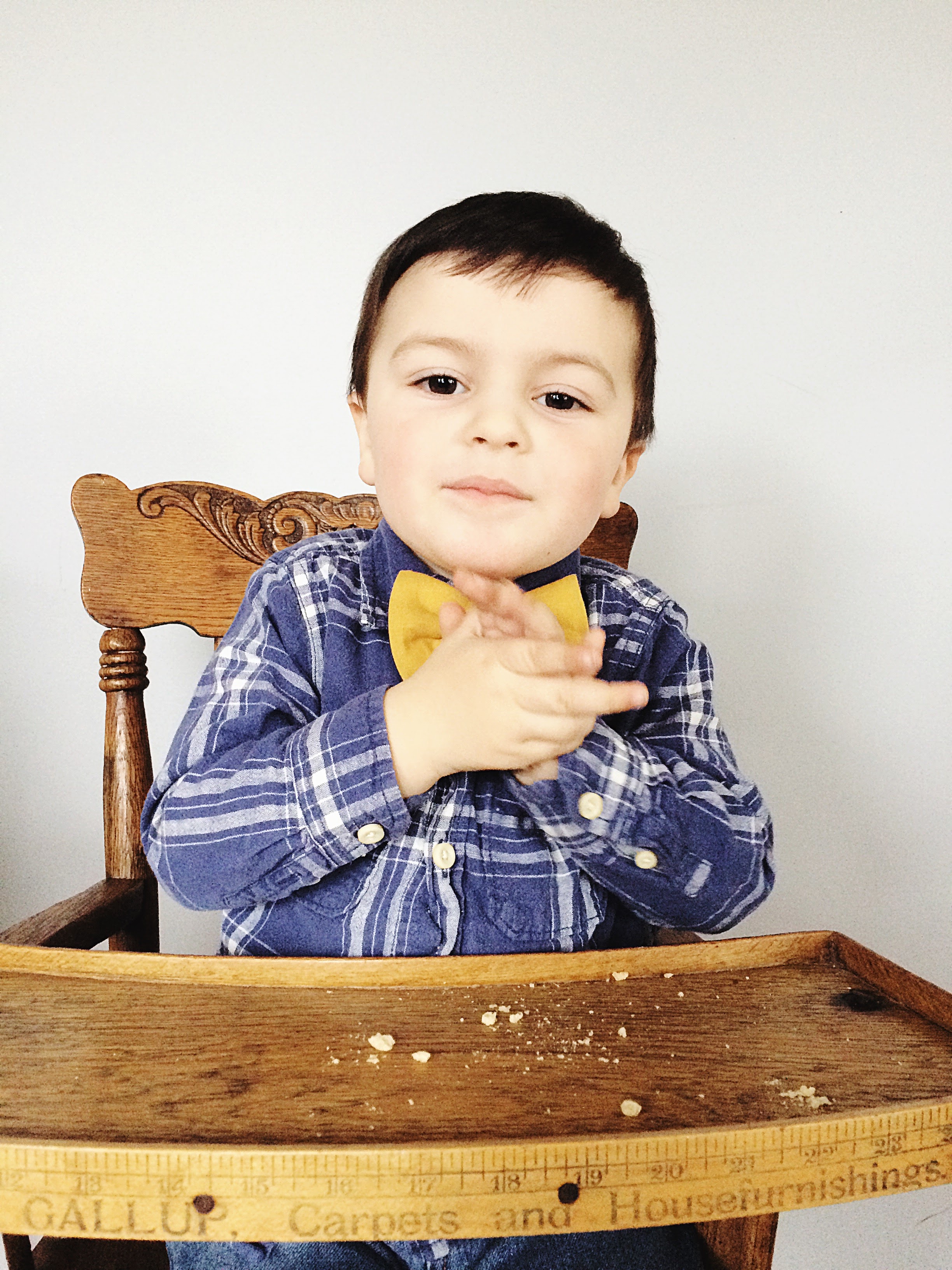 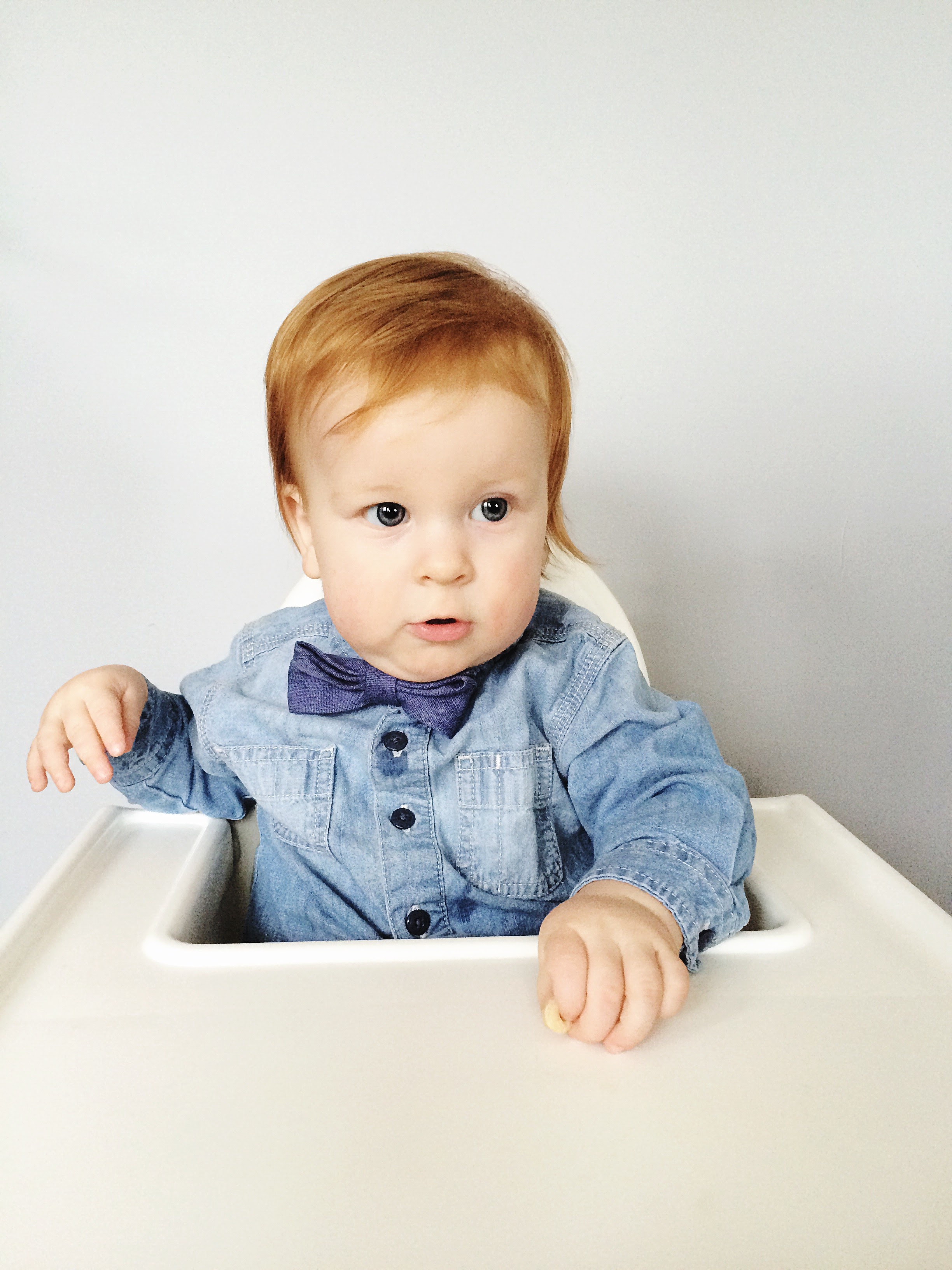 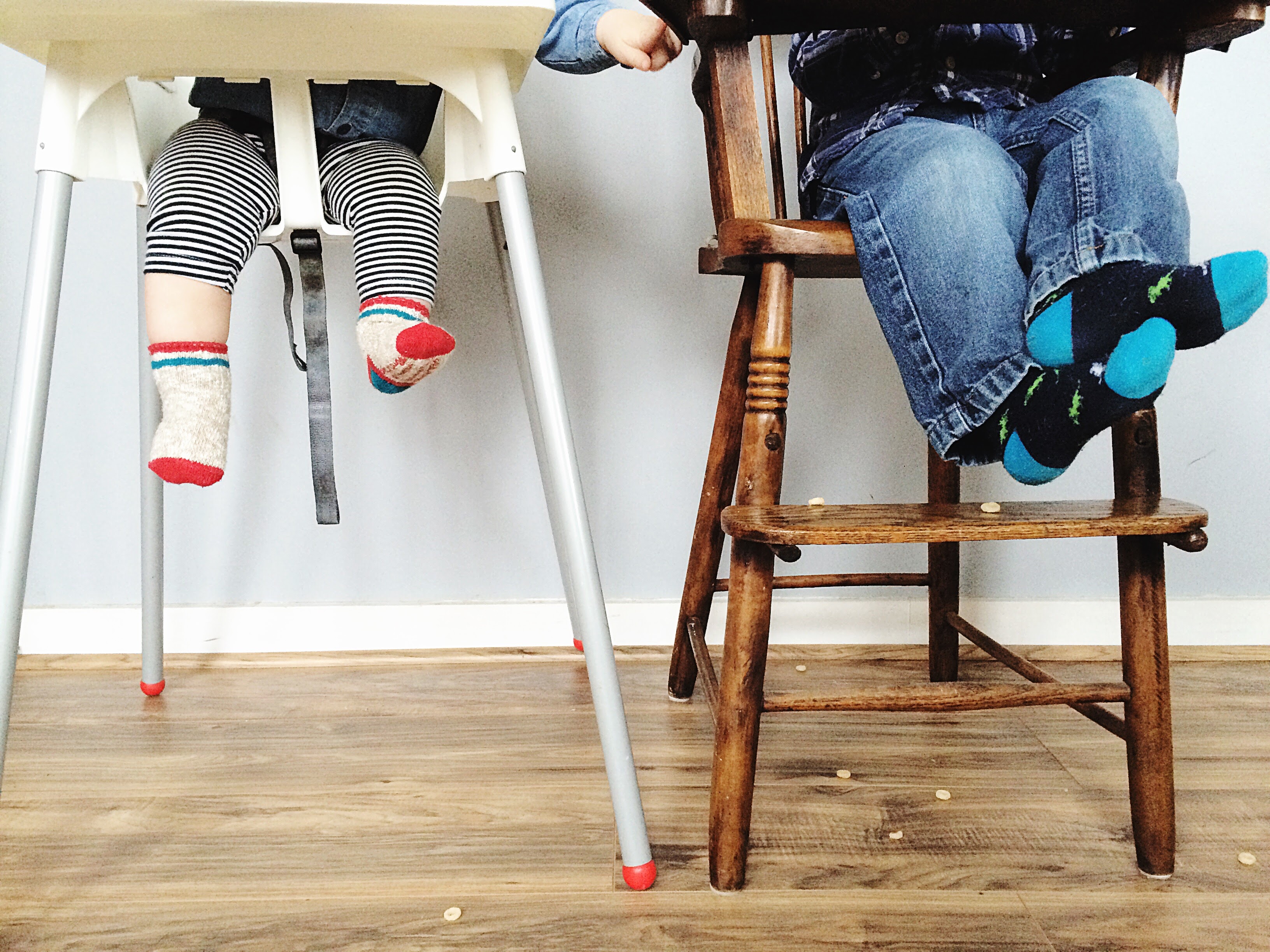 I had visions of them interacting adorably  with one another, of course staying within the small confines of the backdrop. The lighting was perfect. No bribes needed.

Welp folks. We all know this is not real life.  Or at the very least not a normal day, haha.  I mean this kind of behavior happens occasionally but come on… one’s 2 1/2 and the other 10 months…

So I staged something a little different,  still a little put together — but completely indicative of real life.  And I think it turned out way better than what I’d even envisioned… maybe.

I dressed their top halves up, see? Collars and bow ties.  And then kept it relaxed waist down.  It’s honestly the best I could muster on the day I decided to to do this, but its also sort of a mullet mindset: business in the front and party in the back kind of attitude. Right?Speaking of mullets, Thurser is totally rocking one these days… ;)

And purely o’s for the bribe!  Yep.  Busy hands and mouths will always allow for better shots. They’re relatively still so their faces have a chance at being in focus, except for the mouth full of food part…

As for the lighting? Well, it’s January and we live in southwest Ohio… It’s pretty much always grey around here. #lowlightitis

Of course me being me, I just had to somehow relate all of this to a bigger picture.  In this case: life in general.

The bow ties and collars are how we try to present ourselves to the world. Often all business, trying like heck to summon our cool and collected sides.  But the leggings and un-shoed feet are what’s just beneath the surface: the raw, the real, the fun, and even the negative stuff that make us interesting, approachable, human.  Try as we may to reveal ourselves in the best light possible, it is what it is and we all do the best we can with what we’ve been given. And at the end of the day being real is what matters.

P.S. These photos were edited using A Beautiful Mess’ new A Color Story app, in case you hadn’t heard of it yet!

Couldn’t get the tree up fast enough this year.

Two years ago Katie and Carey sent me the followin